What Are The Causes Of Fires & Why Fire Safety Is Important?

House fires are and continue to be the leading cause of death and property damage nationwide. According to the National Fire Protection Association (NFPA), there were 490,500 residential fires in the United States in 2020. This is one of 1,388,500 total reported fires of all types.

Understanding the most common causes of house fires can help prevent the destruction of buildings and property, and ultimately save lives.

There is no single cause of an accidental fire. Broadly speaking, fires are usually the result of unintentional negligence, irresponsible behavior, or product or technical defects. Sometimes they are unavoidable because they can be caused by an “act of God” such as a lightning strike.

In some ways, all we can do is be prepared for any situation. The first step in preparation is to understand the cause of the fire.

Major Causes of House Fires
The National Fire Protection Association (NFPA) has identified several of the most common causes of house fires. These include the following.

1. electrical equipment
Any device that generates heat (stoves, clothes dryers, heaters) or gets hot with prolonged use (computers, fans) is a potential fire hazard. Unattended cooking containers are a common cause of avoidable fires.

2. Candles
Every candle carries the warning, “Burning candles should not be left unattended.” However, many candles are often forgotten and can get out of control. Candle fires are most likely to occur on Christmas Day, New Year’s Day and Christmas Eve.

3. Holiday decorations
Candles aren’t the only ones that cause tragic fires during the winter holiday season. Christmas tree lights and other lit decorations are the obvious culprits. Live trees that are not properly watered and dried can easily be burned by hot lights.

4. Electrical systems and equipment
Any device that uses electricity has the potential to start a fire, with overheated lighting topping the list. Poor electrical work in the home – poor circuit connections, loose wires, improper grounding – are also hazards of which homeowners are often unaware.

5. Smoking
One of the most common causes of house fires is the consequence of a negligent smoking habit. People sometimes fall asleep while smoking. When they do so, they can catch their bed, chair or couch on fire, which can easily lead to death. Another avoidable danger is disposing of still-hot ashes into a trash can that can be ignited.

6. Chemicals and Gases
Home fires can easily be caused by natural gas or propane gas sources. The wrong spark combined with a small leak can create a combustible situation. Improperly mixed household chemicals can also cause combustion, which is why it is important to conduct such activities outside of the home environment.

7. Lightning
Lightning fires occur most often in the summer, when afternoon and evening storms are at their peak. Homes in heavily forested areas are more susceptible to lightning strikes, which can set the surrounding landscape on fire.

8. Children
Children unknowingly playing with fire or matches in the home is one of the leading causes of house fires. Older children who know what fire can do – and just want to see what happens – are equally dangerous. While it may not be possible to completely curb their curiosity, potential disasters can be mitigated by talking to children about the potentially devastating nature of careless behavior surrounding fires.

9. Barbecue grills
During the summer months, this is a bigger problem than any other time of year. Barbecues can cause uncontrolled flames in several different ways, such as near combustible materials like hay, or due to gas leaks. Reduce the likelihood of these accidents by checking for gas leaks before starting the grill, or by cooking on rocks or some other non-flaming material – and always keep a close eye on the grill in operation.

10. normal fires that go wrong
Sometimes there’s nothing that can be done about it. We do everything right, follow all the rules and wisdom, and fires are still notoriously difficult to control. Of course, one of the most common causes of house fires is the fires we allow to happen in our homes. This is usually not a problem if managed properly, but for example, a single scattered embers from an active flame can set a carpet on fire.
Keep an eye out around indoor fireplaces and never leave them unattended. This one could be the time when logs break in such a way as to cause embers to fly. 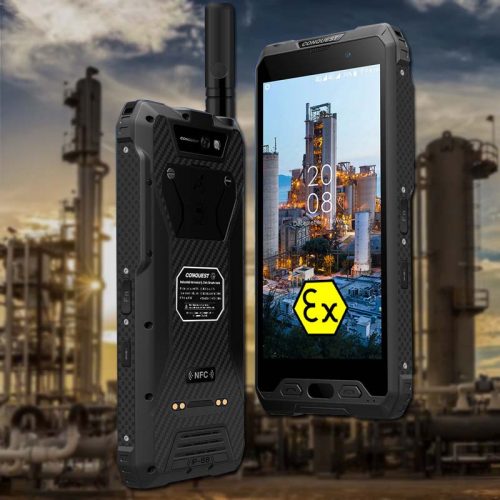 Conquest S18 ATEX Intrinsically Safe Smart Phone offers many benefits for first responders, no matter how large or small the agency. Beyond ensuring interoperable communications for its users, the Conquest S18 ATEX delivers key features in a rugged package for a reliable performance in the toughest conditions.

1. Intrinsically Safe & ATEX certificated.
It can be used for Zone1 Zone2 hazardous ares, on of the best tought EX explosion proof device.

2. Rugged and Waterproof:Conquest S18 ATEX offers Military Standard 810G protections against dust, drop, shock, vibration, high altitude, humidity, icing and freezing rain and temperature extremes from -4 to 140 degrees Fahrenheit. The rugged smartphone is waterproof to a depth of 6.5 feet for up to 30 minutes.

The Conquest S18 ATEX can be integrated into other walkie talkie networks using gateway connection products. Since this smartphone is native to cellular and Wi-Fi networks, integrating the Conquest S18 ATEX with LMR expands a department’s PTT coverage.

5. Makes officers trackable: It is vital for command staff to know where their officers are at all times. The Conquest S18 ATEX can do this while serving as a body-worn camera with real-time GPS tracking data. When combined with third-party solutions, Conquest S18 ATEX can send this GPS data directly to the command center to keep track of first responders and help ensure their safety.

2. Equipment Life
In manufacturing, rugged industrial handpieces play a key role in the entire value chain, from material collection, inbound and outbound logistics, procurement, demand management, order fulfillment, and manufacturing process management, to product development, commercialization, and last-mile delivery. Therefore, the first benefit of a ruggedized facility is its extremely durable and tested construction, enabling the equipment to operate under extreme climatic and operating conditions, as well as their resistance to physical shock, moisture, water, heat, and even sandstorms.

3. Inventory Management
Factory and warehouse management is essential for manufacturers. These warehouses store a variety of valuable items, parts and raw materials that can be used for a variety of manufacturing processes, machine maintenance and distribution. These along with finished goods mean keeping in an organized order and having proper accountability at all times. Did you know? rfid-based rugged devices greatly help improve inventory management by extending real-time information about goods entering and leaving the warehouse without opening boxes.

4. Maintenance machinery
The success of a manufacturing unit depends on the smooth operation of all machines to maintain the required level of efficiency in the production process. The use of industrial rugged phones has proven to be very beneficial to engineers as they allow them to seamlessly update accurate information records, share and access data in real time with managers and teams, and interact easily with customers and stakeholders. Overall, ruggedized devices improve communication, consistency, synchronization, reduced downtime, faster decision making, and increased productivity.

5. Improved process visibility
All of their work now needs to be in sync with each other, which means they need to always be told which operations need attention, which items are available, which need to be replaced or filled, which orders are waiting to be delivered, and so on. This means they need to communicate with each other at different touch points with real-time data, updates and information. Here, they take advantage of the Industrial Rugged cell phone, which allows them to communicate with each other effortlessly and instantly, and most importantly, provides complete visibility of the entire manufacturing process from start to finish.

Pay for the difference

Pay for the difference 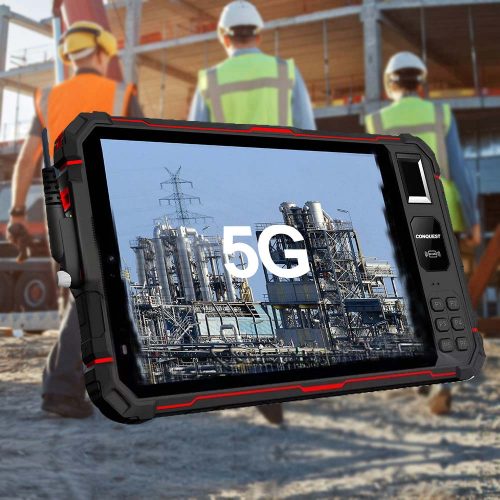 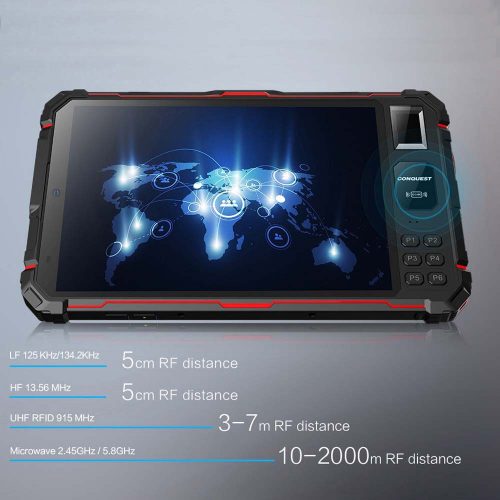 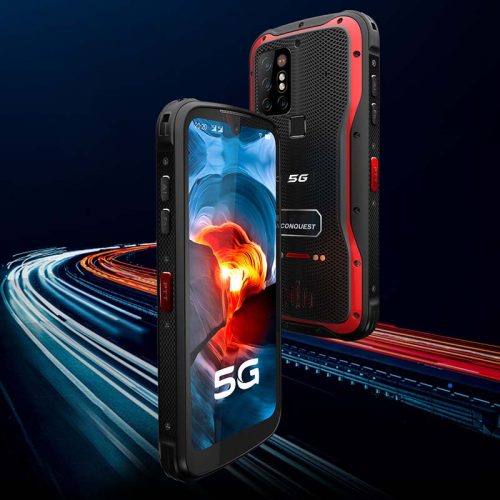 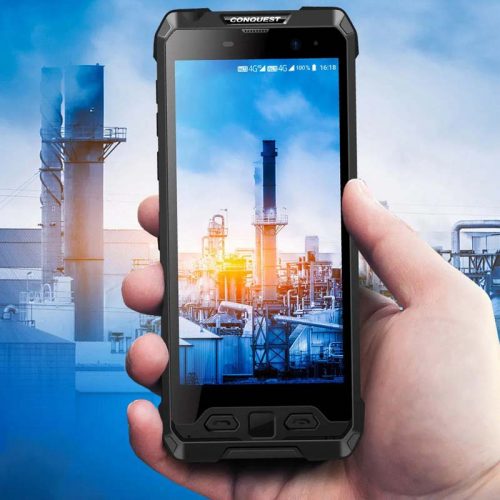 S18 IP68 grade waterproof and dustproof, 1.8 meters anti-drop, multi-functional Industrial Rugged Phone. Polycarbonate and glass fiber has the high strength and hardness, and TPU soft material has the excellent cushioning performance with no degumming and no color change

The glass cover is made of 5th generation Corning Gorilla explosion-proof glass, Solid and durable,scratch-resistant, and wear-resistant with a silky touch, it will get you out of the awkward feeling of using a screen protectors and giving your fingers a pleasant and silky touch.

It comes with a Night vision camera with infrared illumination. Apparently in the manner of how all kinds of surveillance cameras work. Let’s highlight the surroundings and transform the result into a visible image. This function is good for the hunter or people who love camping.

The S20 5G comes with NFC (Near Field Communication) functionality. Near Field Communication (NFC) is a short-range wireless connectivity technology that makes life easier and more convenient for consumers around the world by making it simpler to make transactions, exchange digital content, and connect electronic devices with a touch. The S20 5G phone has a built-in FM radio. The built-in FM Radio is great for listening to your favorite radio station.

The Conquest S20 5G comes with Android OS v11.0 out of the box, but it is upgradable to the next OS.

How to use Rugged-Phone underwater camera / video mode?

Underwater mode disables the touch screen and the three buttons at the bottom of the screen. All menus of this interface are the default menu of the camera mode. If you need to adjust, please exit the underwater shooting mode and adjust it in the normal mode.

Where can use the Industrial Rugged Phones?

Does this phone have an sd card slot?

Yes, it has an sd card slot

What function does the Industrial Rugged phones have?

Does it have a VOLTE?

It depends on your local carriers .

How do I resolve when Poor Sound Quality is experienced?

There are a number of contributing factors which can affect the audio performance of your device:

The most common cause of poor sound quality is water in the microphone or speaker.

If the handset has been subject to immersion in water then the microphone and speaker may need to dry out to resume normal functionality.

You, or the other person you are speaking with, maybe in an area of poor signal. Try moving to a different area.

You may have dirt/debris covering the microphone or speaker. If so, clean your device.

Has anyone dropped this phone and had it constantly vibrate after wards….?

Solid as a rock and battery life is great.

How do I track my order?

Check your order status or check it through www.17track.net

How work this phone? Run all apps good?

The phone works fine, I have not had any problems running any apps.

What does the Message "Insert SIM card" indicate?

This message may appear if your device does not recognize the SIM card.

Make sure that you have correctly inserted the SIM card.

Clean the metal side of the SIM card with a dry cloth.

If the SIM card still not being recognized, please contact your Network provider to ensure the SIM card has been enabled or to check if they have any further instructions.

Shopping cart
close
Start typing to see products you are looking for.